The Basilica Cistern (Yerebatan Sarnici) is one of Istanbul’s major landmarks and most popular tourist attractions, located just to the southwest of the Hagia Sophia in Sultanahmet.

Constructed on the orders of the Emperor of Byzantium, Justinian I (482AD to 363AD), the huge underground reservoir is 140 meters long and 70 meters wide, supported by 336 of nine meter-high marble columns in rows of 12.

Two giant stone carvings of Medusa, used as supports under the two columns at the northwest edge of the cistern, are from the Roman period.

What attracts most attention from the visitors is that the structure from which the Medusa heads have been taken is unknown. The researchers often consider that it has been brought for being used as supports to the column at the time of construction of the cistern. However, this has not prevented myths for the heads of Medusa.

The cistern was used as a location for the 1963 James Bond movie From Russia with Love, although it was credited to Emperor Constantine and not Justinian. 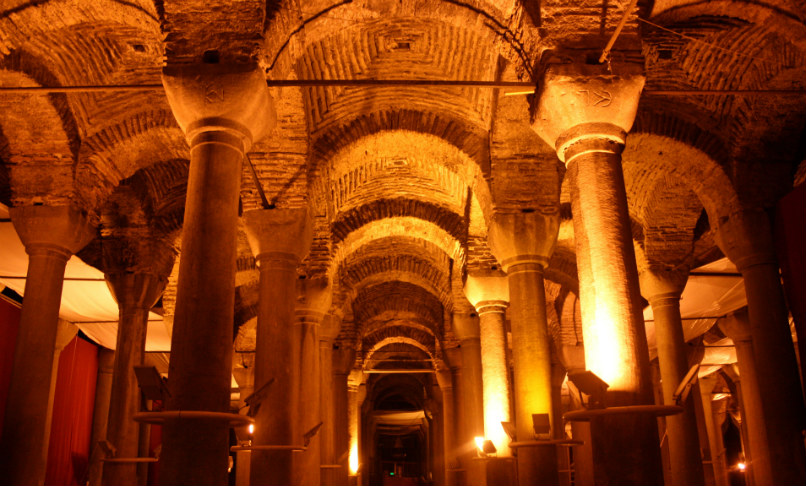 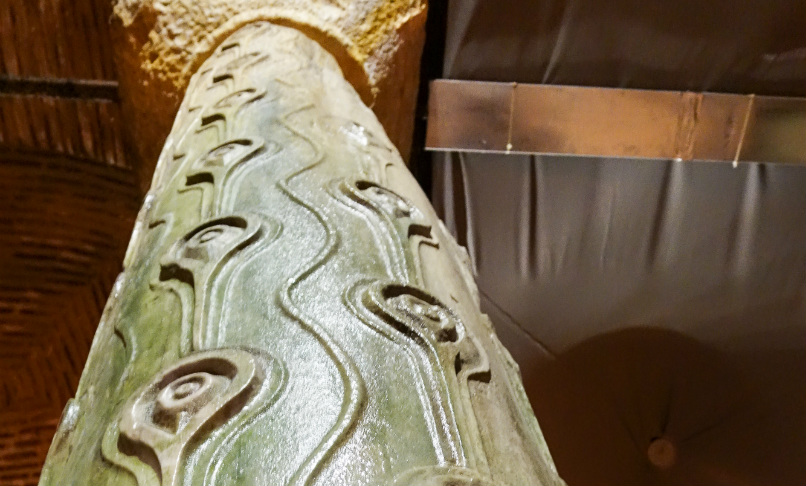 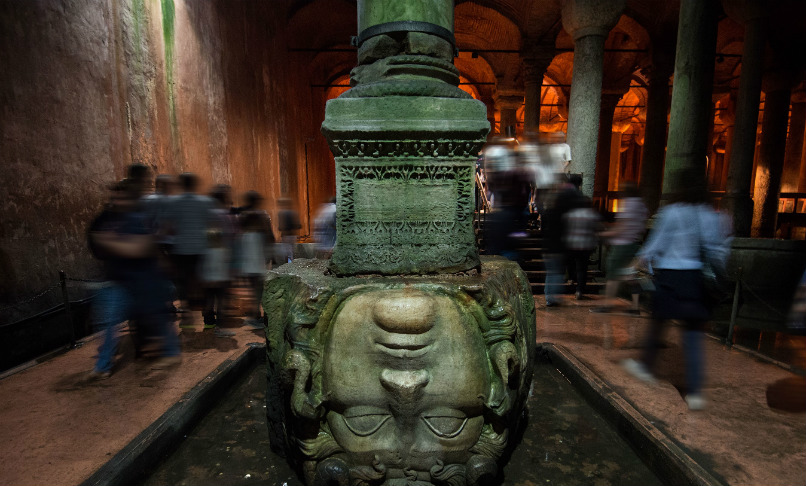 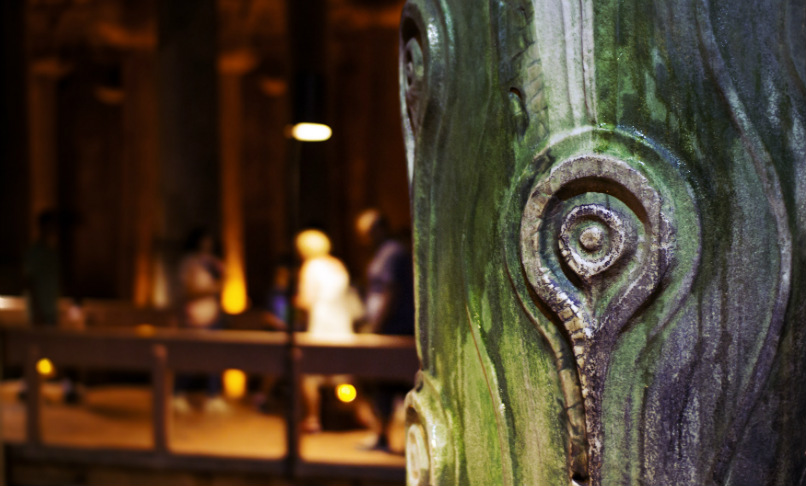 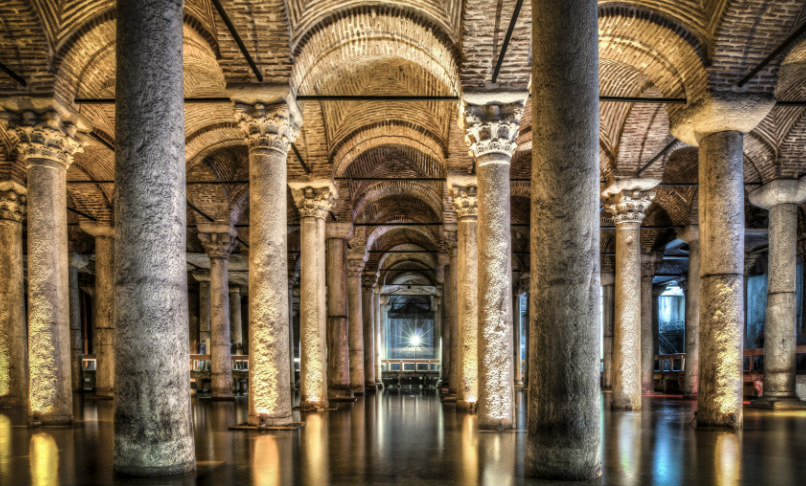 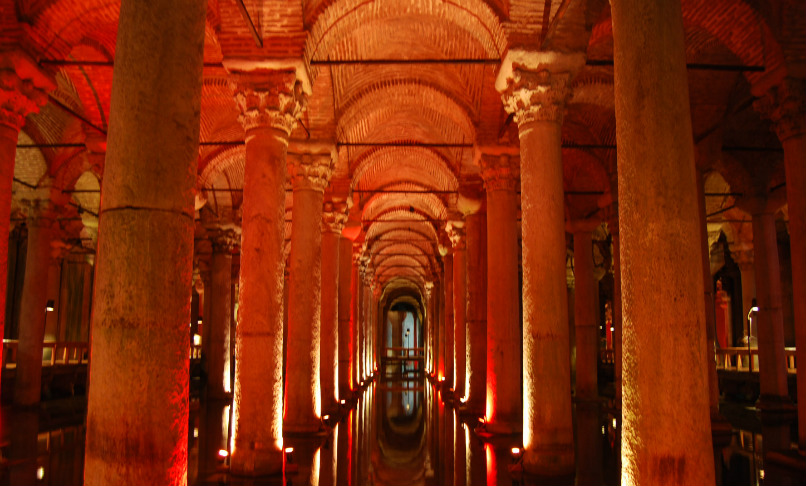 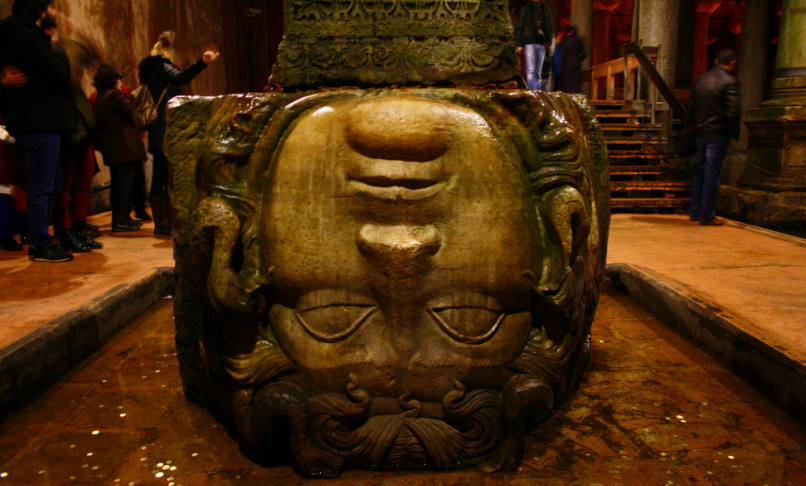