Horses have played an important role in the daily lives of the Kyrgyz people for thousands of years. They provided many of the daily needs of nomadic herdsmen and shepherds: transport of goods and humans, food (meat) and drink (kumys).

Kyrgyz horse games go back centuries, often taking place as part of a holiday or big celebration. Some of the best known include:

Kiz Kuumai, a race between a boy and a girl rider. The aim of the game is for the young man to catch up with the girl, whose horse sets off five to 10 seconds before his horse. If he catches up with her, she must kiss him, if not, she hits whips him with her whip.

Ulak Tartysh is a fight between two teams of riders over a goat carcass. The game developed in antiquity when herds of cattle grazed year round in the steppes and mountains, exposing them to attacks by wolves. The nomads couldn’t kill the wolves as they had no firearms so brave riders (djigits) would chase after them until they were exhausted and then beat them with sticks or whip them into submission. 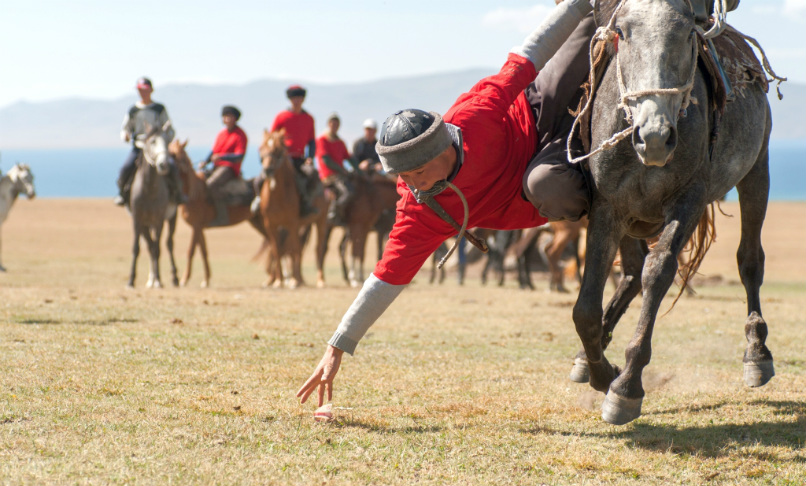 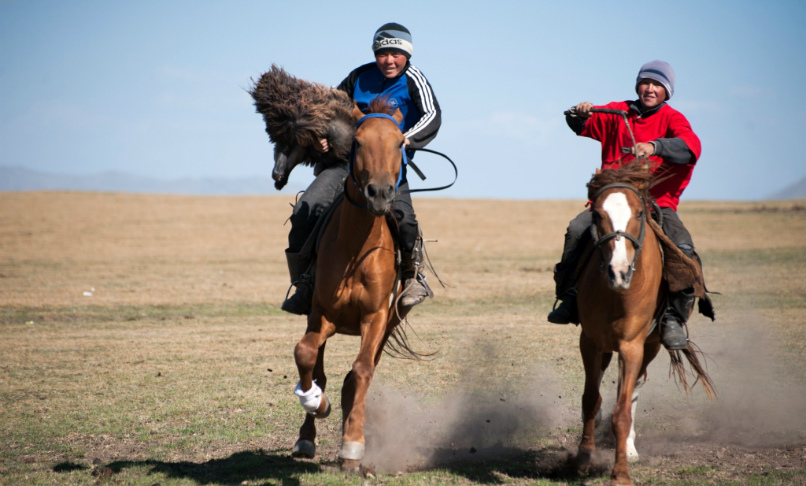 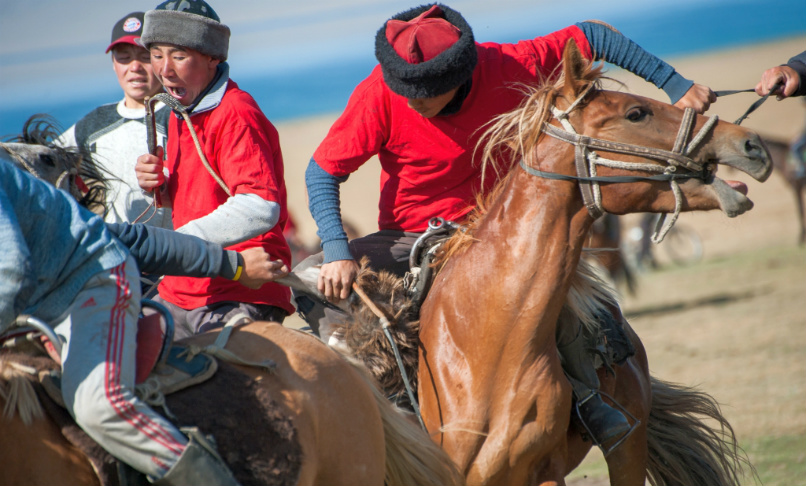 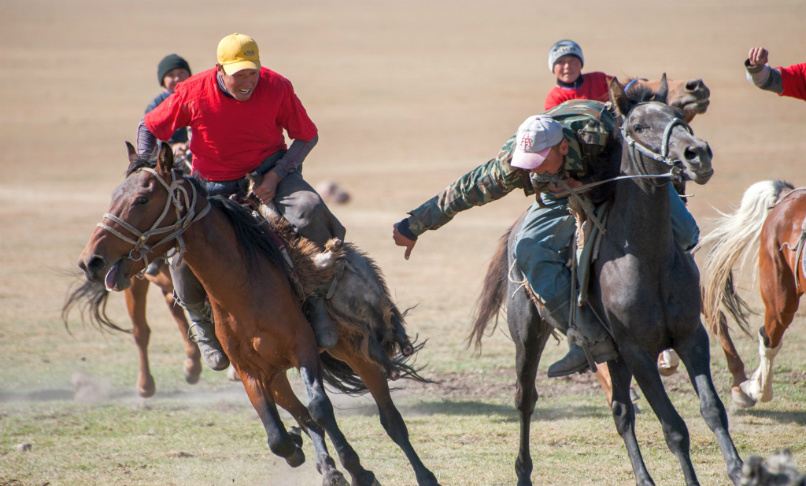 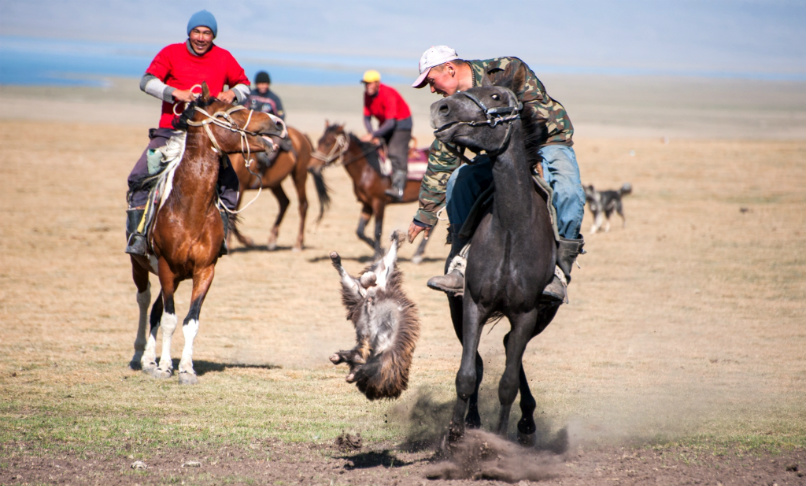 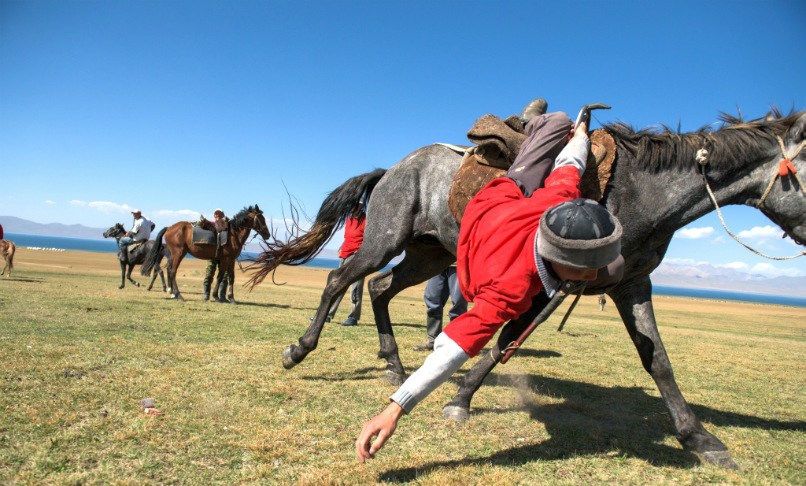 The game was also used as a means to train horsemen, who would learn the tricks of horsemanship and combat in one go. Over time, the wolf was replaced by a goat carcass.

On the other hand, "at ustundo kurjun enmey" (picking up coins from the ground), "jamby atysh" (competition in archery) and "at-chabysh" (horse races) are among the traditional horse games in Kyrgyzstan.