Kone Taraz is an archaeological site and museum in Taraz, an ancient city in the south of Kazakhstan. It contains a number of architecturally significant buildings, including the the Mausoleum Karakhan. Believed to have been built in the 11th century, during the Karakhanid era, the beautiful mausoleum is a place of pilgrimage from people throughout Central Asia. It is built on the grave of one of the representatives of the Karakhanid Dynasty and is a significant example of medieval Islamic architecture. Presumably it was built in the 11th century.

The Mausoleum Dauytbek Shamansur was built over the grave of one of the Mongol governors Ulug Bilge-Ikbalhan Dauytbek. The short, domed construction is made of burnt brick and has two small towers at either side and doors inlaid with Arabic inscriptions. In the centre there is a tombstone in the form of a stepped pyramid, with an inscription bearing the date of Dauytbek’s death, around 1262. The mausoleum has been reconstructed several times and in 1982, was included in the list of historical and cultural monuments of national significance.

The Kali-Yunus Public Bath House was built in the late 19th century by a wealthy Taraz merchant, Aulie–Ata Kali-Yunus. Hammams (Turkish baths) of this type were common in southern Kazakhstan throughout the Middle Ages and have been found in a number of cities, including Taraz and Otrar, along the Silk Road. The building features 11 brick domes of various sizes although it had fallen into disrepair is being renovated, with freshly painted murals and other decoration. 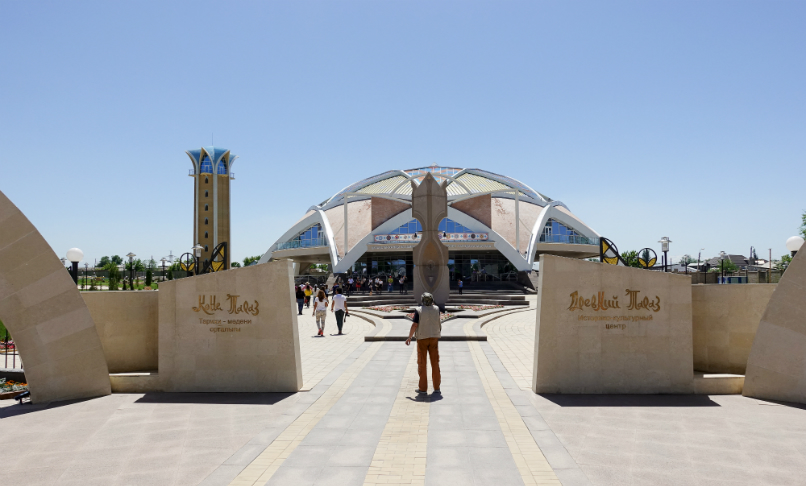 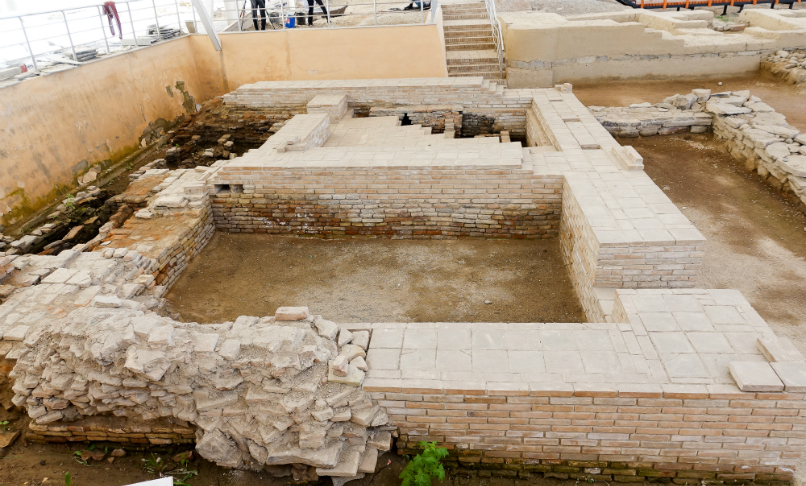 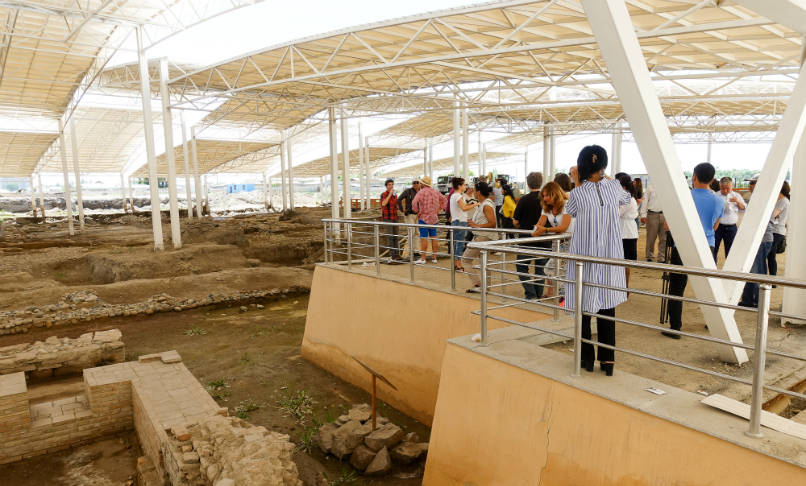 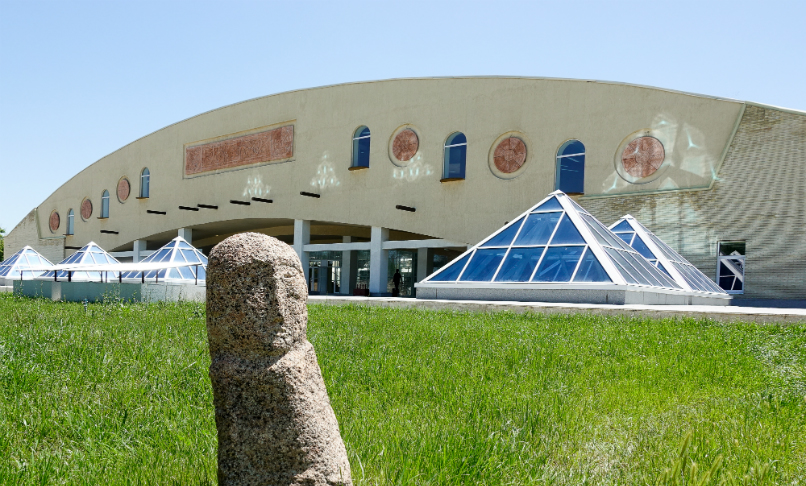 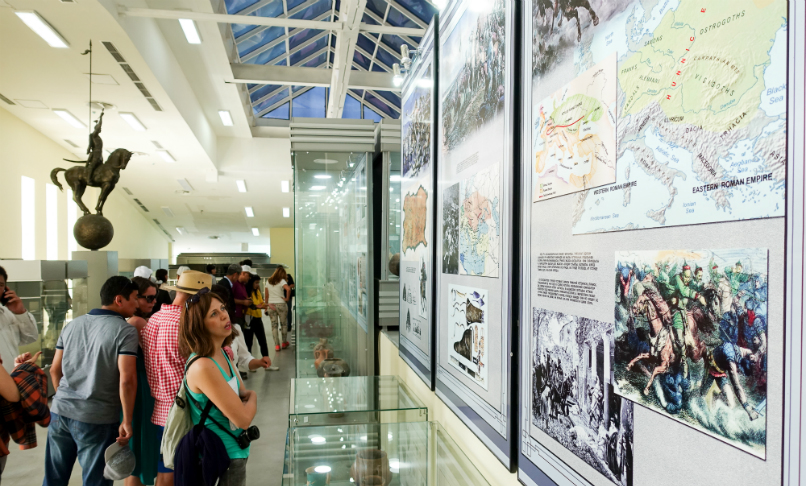 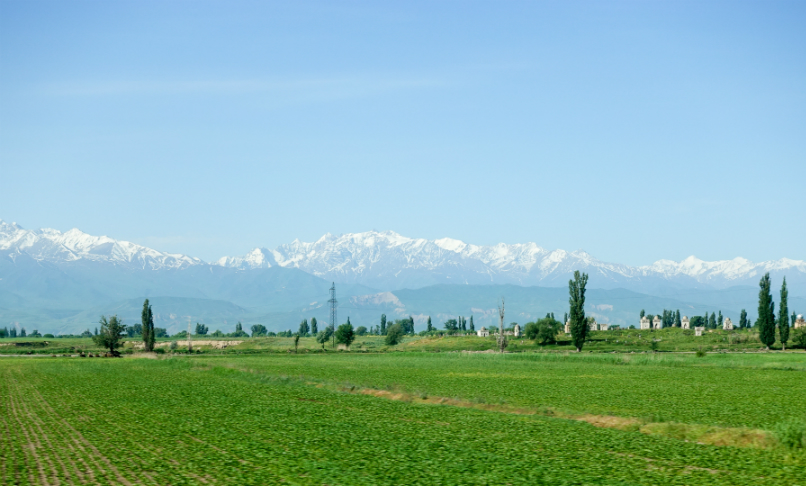 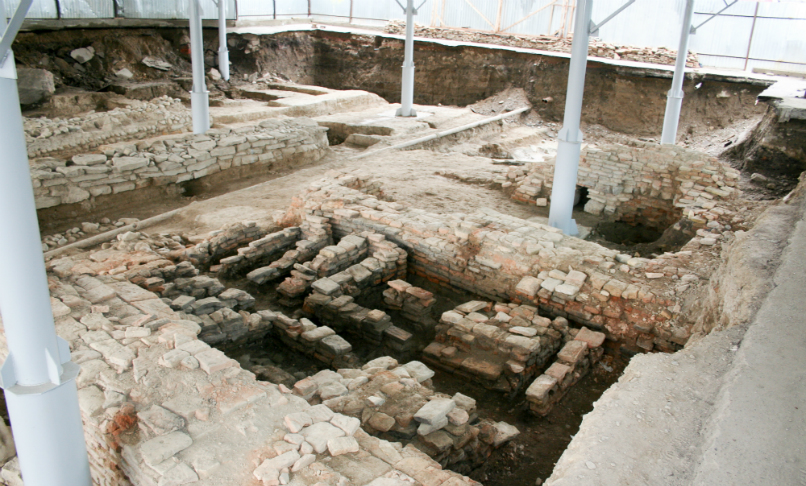 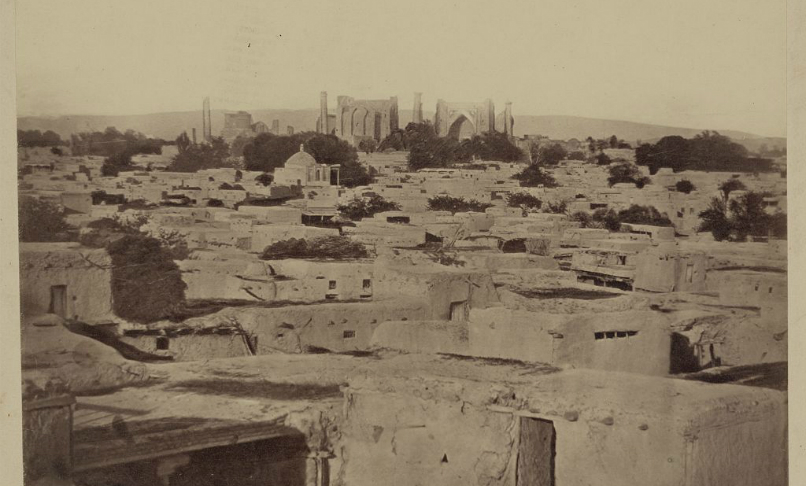 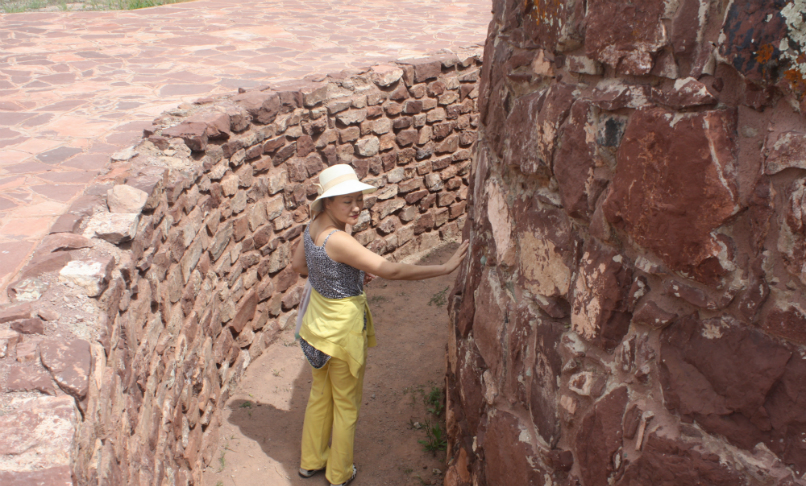 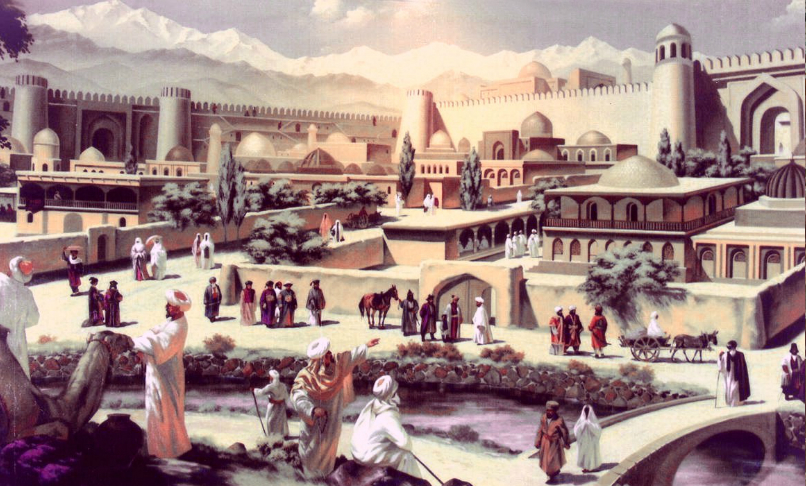 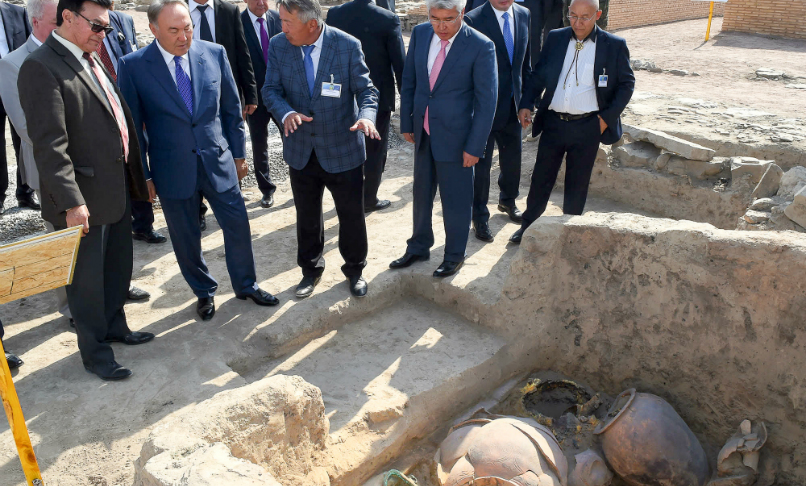 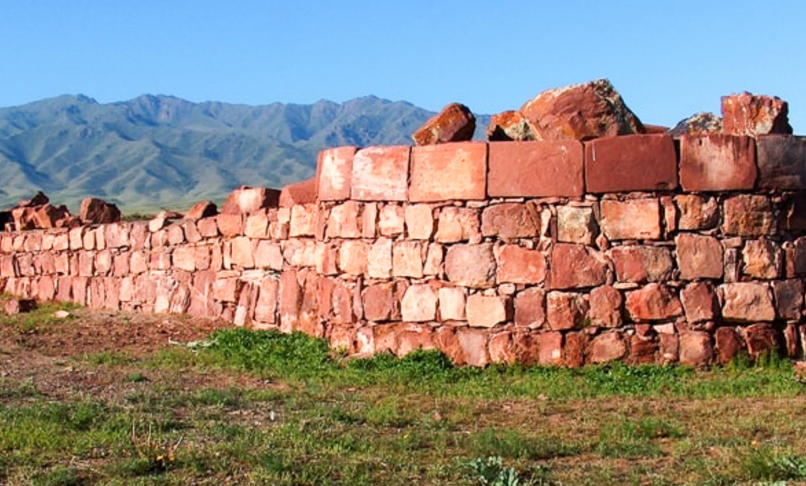 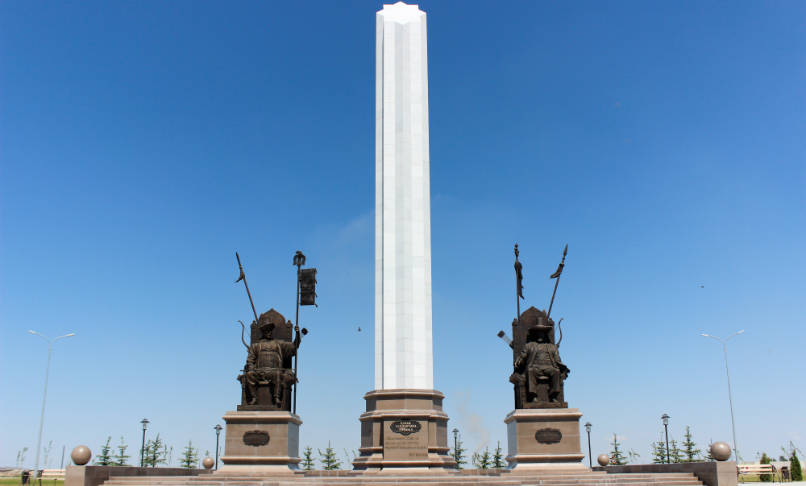 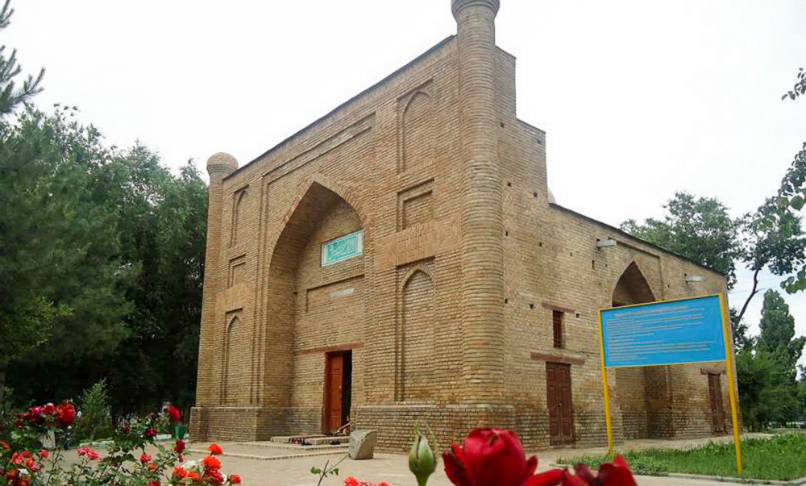 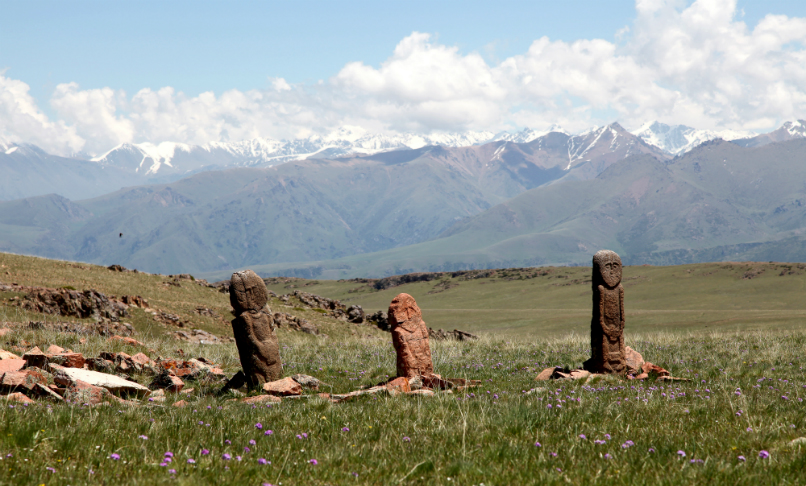 The ancient part of Taraz was located in the central part of the modern city, near the market square. More than three dozen mounds that belong to the ancient times containing the remains of a castle, a citadel and burial grounds, ceramics and water jugs have been uncovered, with excavation work beginning in the mid 19th century and continuing into the 20th.