Yanar Dag ("burning mountain") is a natural gas fire that blazes continuously on a hillside in Azerbaijan (known as the “Land of Fire”), near the capital Baku. There are only a few fire mountains still in existence and most are located in Azerbaijan due to its large concentration of natural gas.

The flames at Yanar Dag eap three metres (9.8 ft) into the air from a thin, porous sandstone layer on a hillside in the Absheron Peninsula near the Caspian Sea. Popular myth has it that they were only discovered when a shepherd lit them by accident in the 1950s.

Unlike the nearby mud volcanoes of Lökbatan or Qobustan, there is no seepage of mud or liquid. The Yanar Dag flames burn steadily, fed by gas from just below the surface. They come from vents in the sandstone formations and there is an unmistakable smell of gas.

Even the nearby streams, known as Yanar Bulaq, or “burning springs”, can be ignited with a match. There are several such springs in the vicinity of the Vilesh River, at 115km, the longest in Azerbaijan’s subtropical zone, where local people take curative baths.

The fires were reported on by historical figures such as Marco Polo and the French writer Alexandre Dumas when he visited one of the Zoroastrian fire temples that dot the area. 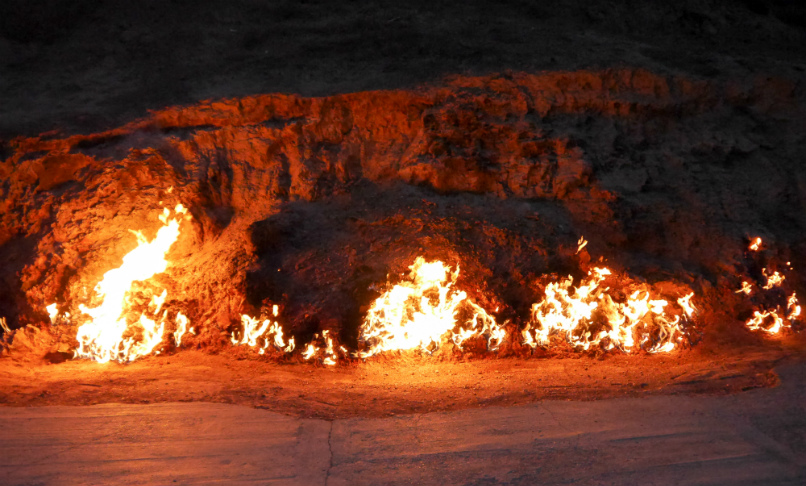 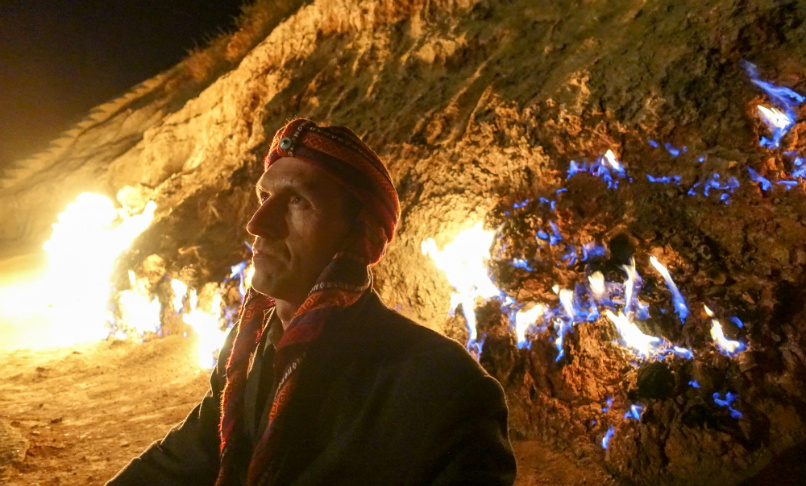