The Juma, or Friday, Mosque of Ganja is located in the centre of the city of Ganja, Azerbaijan. Built in 1606, it is often referred to as the “Shah Abbas Mosque” because it constructed on the instructions of Shah Abbas the Great during his reign of 1587-1629. Also known as Shah Abbas I of Persia, the fifth Safavid Shah of Iran, he is generally considered to be the greatest ruler of the Safavid dynasty.

Two minarets were added to the mosque, built of traditional red brick, in 1776. In 2008, when the mosque underwent a total reconstruction, archaeologists found some old Russian bonds that showed an earlier reconstruction had taken place in 1910, not at the end of the 18th century as previously thought.

The eminent Azerbaijani poet and scientist Mirza Shafi Vazeh (1796-1852), whose works have been translated into most European languages, taught at the madrasah (religious school) that once belonged to the mosque. 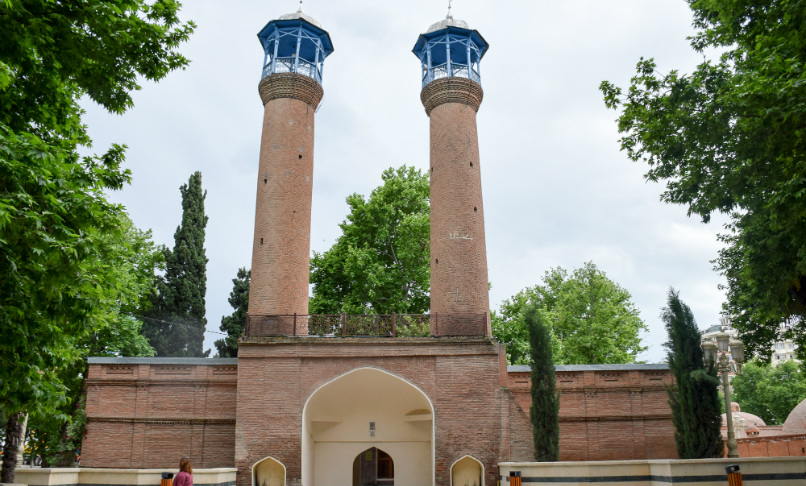 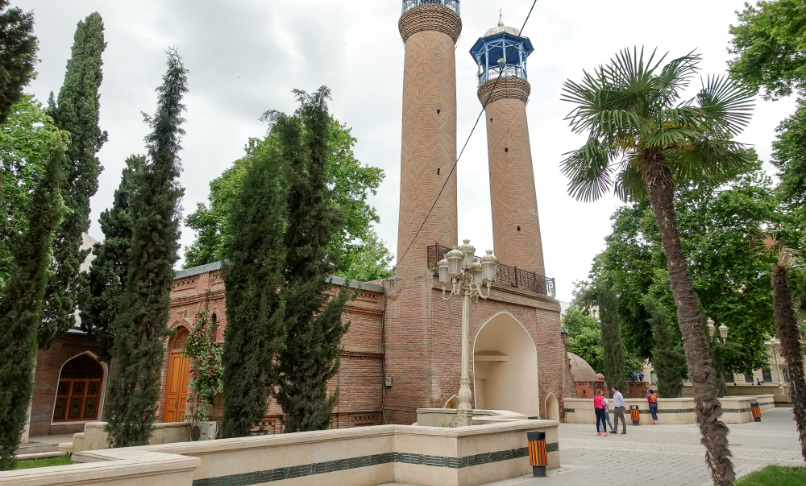 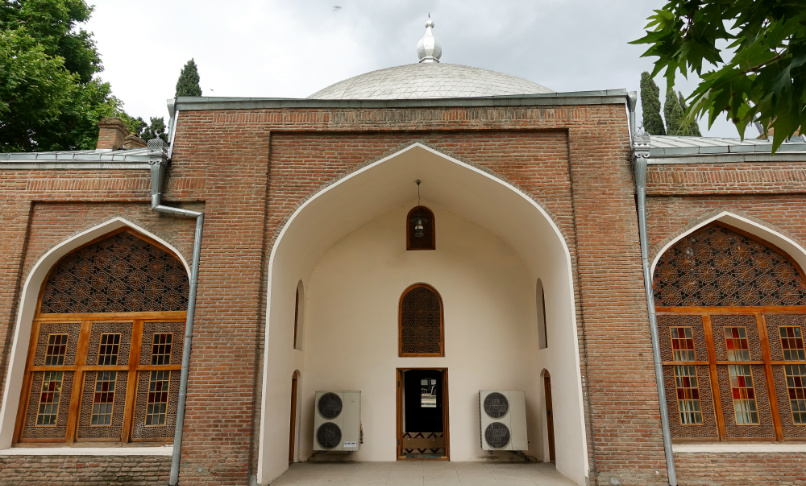 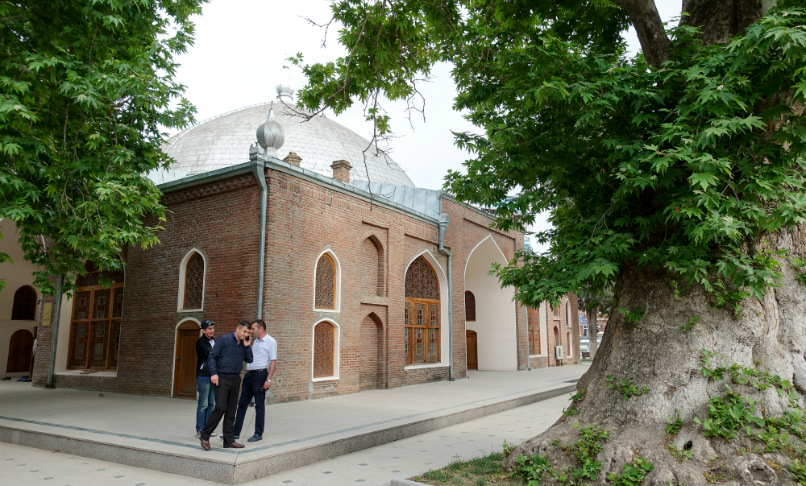 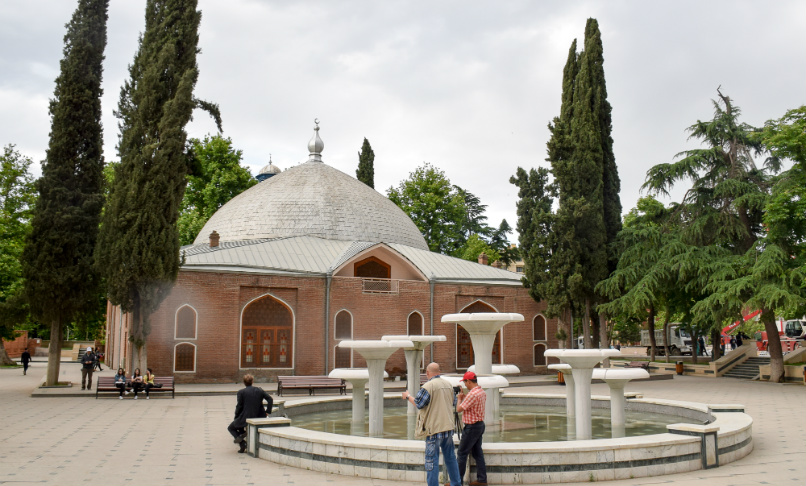 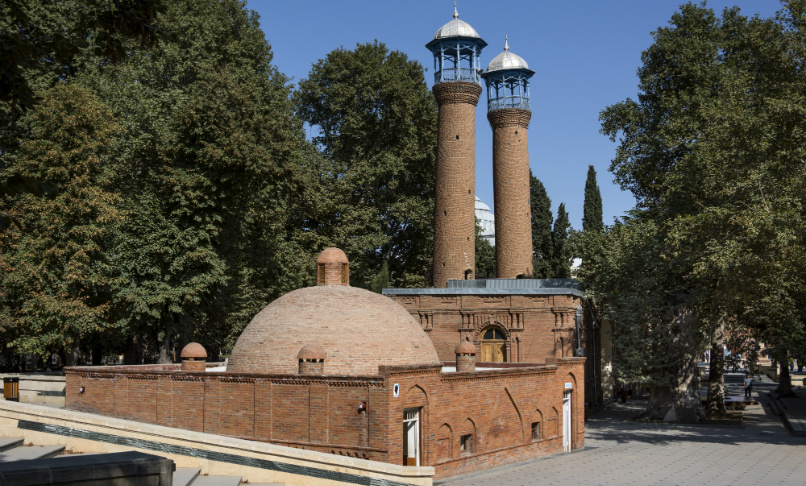